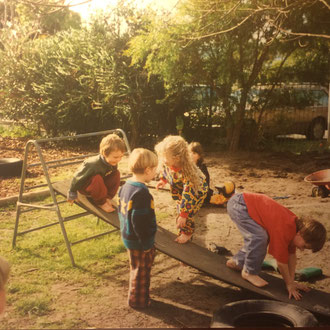 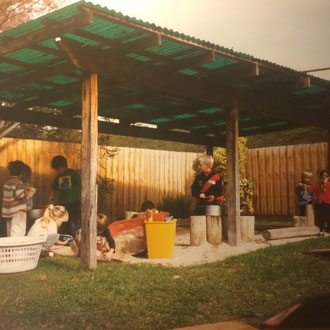 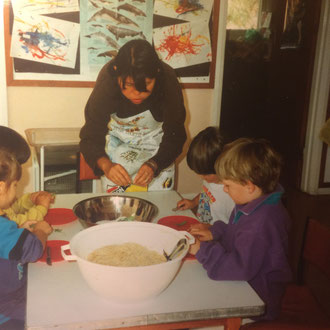 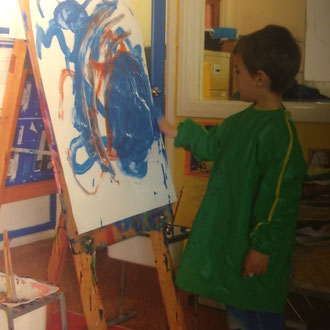 In the years after World War 2, Lorne became a thriving community for young married couples starting out.

In the early days Lorne had no doctor at the hospital, only a Bush Nurse who attended all patients.  Firstly the pre school association was formed.

The committee tried very hard with the local council and government to be granted a place for the Infant Welfare Centre to become a reality.

The Kindergarten started in the Anglican Church Hall under Mrs Hilda Huxtable and Mrs Betty Cornford as her assistant.  The Baby Health Centre started at the same venue, and our first Health Centre sister was Sister Ray. The committee was still fighting for a place of their own because of growing numbers attending.

So in 1956 the baby health centre and pre-school joined together and that was when Mrs Eva Norton went into the chair as President.

Over a period of 5 years we worked for the debt to be paid off.  Fete's were on all the time, mannequin parades and apron parades.  We also catered for Rotary conferences, morning and afternoon teas.  All the idea's that came together were taken up of course, all of us having more children to get the benefit of a new place of our own.

Betty Cornford left to go to Geelong, so Les Watson took over as assistant.

Mrs Huxtable also left Lorne and the Kinder shifted to the Library Hall where Rita Carmicheal took over as teacher with a mum as an assistant.

Each meeting money was checked to be paid out to council, I was so very proud of all those mums, Shirley Green, Eunice Lyons, Myra Wright, Win Allen, Lois Wedlyn, Heather Greenfield, Phyl Rogers, Beryl McInnes, Les Watson, and we had two real gems in Nora Crabbe and Grace Stewart, whom we would never have made it without them all.

Every time the council inspected the site another problem would crop up, mainly the water coming in off the football ground.

New members came and went because at the same time we were raising money, the R.S.L. was being built, there were two queen carnivals for the hospital, the swimming pool was on the go and the churches were working hard to get going again after the war, and the school mothers club were getting facilities going at the school.

Eventually on Saturday 10th June 1961 The Hon. T.A. Darcy M.L.A. opened our new building. The R.S.L. Ladies Auxillary catered afternoon tea for us.  A great day.  Shirley Green and myself were trustees later on and our first kindergarten teacher was Anita Mottram, with a mother helping out as assistant.

We gave a very large order of wooden blocks, cots, any article made from stained wood etc. to the The Boys Home at Bayswater, which they made for us and were absolutely thrilled to do so. The wooden blocks are still used at the Kindergarten today.

When I finished after 9 years in 1963, Phyl Rogers took over for me.  I attended the 25th Anniversary dinner at the Lorne Hotel in 1978, and the unity was still there.  New life members were added to the Honour Board. Marg Bateman, Pat Murphy, Joyce Ennis, Meryl Fulton, Toni Harris, Connie Tank, Robyn Smith, Alison Armistead, Anna Armistead, Vicki Norton, Jill Norton, Helen Stewart and our wonderful assistant over the years Evelyn Powell.

The debt for the building was still owed, and this was finally paid off. Unfortunately the books of the Kindergarten were burnt in the Ash Wednesday bushfires in 1983. The baby health centre was moved to the Figtree Community House when it was opened in 1999.

Every time I go into the building I am so proud that the local community built the Kinder, which was all paid for by local people working very, very hard.

This history of the Kindergarten was kindly written by Mrs Eva Norton for our 50 Year Anniversary.